Here is another article from CIMA student Nkunde C. Mbong – this time her path to becoming CIMA qualified by taking the Masters gateway route.

An accelerated path to success

Desiring to start CIMA and being given an opportunity to go via an accelerated route (considering all the benefits of the CIMA and CGMA designation) is actually good news for many people, and for me, it was great news!

The accelerated route also known as the Masters gateway route is the route usually awarded to prospective CIMA students who either have a Masters degree in a related field such as Accounting and Finance or from another finance related certification such as CPA, CA or ACCA.

When granted (after studying your transcripts), you are actually required to take the Gateway exam which is also the Management case study exam (MCS) and if successful, move forward to the final CIMA level.

Being faster, it is often a chance many people jump to take.

However, following CIMA released pass rates of gateway students exam as compared to other management level students pass rates percentage as seen here , the remarkably lower pass rate tells you even if you are awarded the gateway route, you should maybe think quite carefully before accepting it because it comes with a number of challenges.

Challenges with the CIMA Gateway Route

The most obvious challenge which poses problems to gateway students is the knowledge gap. Despite being qualified for the gateway route, there always exists some knowledge gaps because disregarding the normal expectation, no degree syllabus is exactly the same.

Hence, gateway students find themselves struggling (depending on the degree of the gap) to cover up this gap which is sometimes even wider than they actually realise.

Considering that CIMA examines various competences, the people and leadership competencies from the enterprise pillar such as E2 is usually lacking in most degree programs which usually focus on the technical competences, and also less on the business skill as CIMA focuses.

No doubt, I believe this knowledge gap has greatly contributed to the low pass rate for gateway students as they are often confounded when met with some questions, and also struggle to appropriately integrate all competences in their first exam.

Also, sometimes, gateway students are students who may have completed their degree programs a while ago, but are now re-entering studying.

No doubt, it is sometimes hard to give the brain a wake-up call study-wise. Even being a regular student, you know what it means to stay without studying for a month or so and having to get back to your books.

Imagine much more so for most gateway students who stopped learning for maybe years. It starts off slow, adjusting yourself to a study program and trying to re-collect past academic principles.

Add that to the knowledge gap they realise and the unique requirements of the exam to pass and it just becomes a bigger challenge than they bargained for.

Furthermore, lets consider what is unique about the CIMA case studies – as they are unlike any normal exam. The real life scenario and having to respond to the questions as if it were actually happening in your office can be challenging for those who have never been in such an exam setting before.

If you start CIMA at a lower level, such as the certificate level or the operational level, you start becoming familiar with CIMA requirements, mode of questioning and you maybe get to write a case-study at least once, as you subconsciously prepare for it while going through your objective studies.

But then, imagine the gateway student who knows little or nothing about CIMA competencies, mode of questioning, modalities of a case study and is at once faced with such a major exam!!

In addition, knowing there is a pre-seen which is released about 6-7 weeks before the exam actually may misguide a gateway student to think the exam might actually be easier and he/she may succeed in gambling so as not to get across all 3 management level papers, but that is just a huge error which has probably led to many gateway route failures.

I would therefore advice prospective gateway students to think carefully before plunging into the gateway route. I took more than 6 months to study for the gateway exam and was still astounded by the pressure for time. It can mess up your chronological thinking.

Personally, I would have felt more comfortable if I’d taken a previous CIMA exam before being faced with the case study.

So, being awarded the gateway route is not just about grabbing at the opportunity because failure can be discouraging, keeping aside the expense.

Gateway students should be prepared to go through all 3 management level papers to make sure they are familiar with all three pillars and the 4 competences and then get prepared for the case-study with all its own unique requirements before they get too comfortable.

Matter of fact, never get too comfortable. 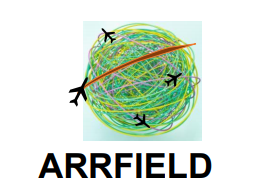