The CIMA exam results for the November 2016  MCS and SCS exams are released today and many students will be wondering what steps to take next.

If you passed the MCS, you will be thinking what exam to take next and when to start studying but if you unfortunately failed the MCS you need to reflect on what you could have done better and how you plan to pass the MCS next time!

Meanwhile, the SCS students will be either be celebrating the end of their CIMA journey or they could be pulling their hair out after receiving a FAIL grade in their exam results this morning.

This article will hopefully answer those questions that have come up today as the November sitting of the MCS and SCS exam results are released by CIMA.

The below video from CIMA will explain everything you need to know on your case study exam results you opened this morning.

If you’ve unfortunately failed the case study exam it’s important to understand why and what areas of the exam you performed poorly in.

I HAVE FAILED: What are my next steps? 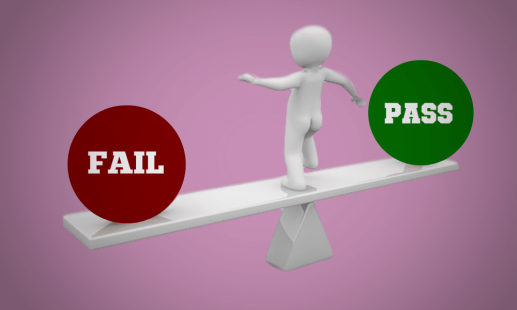 Failing the MCS or SCS will be a cruel blow and your initial reaction will most likely be one of frustration and you’ll want to forget about CIMA for a few weeks or so and regroup.

But I was given some sound advice myself after failing a CIMA exam for the second time last year, the advice was “You were so close to a pass mark, book the resit straight away and keep studying while the subject is fresh in your mind “

So, my advice would be get back on the horse and take the resit in February while you still have the knowledge from  the syllabus fresh and the case study experience at the front of your mind.

The pre-seen material for the upcoming February 2017 MCS Menteen and SCS Evestar case studies have been released for a few weeks now but there is still plenty of time to get exam ready – especially if you consider the  Astranti full MCS or SCS course.

The course itself comes with a pass guarantee and contains the following.

If you enrol on the Feb 2017 MCS course by January 13th and use the discount code MCSFULLCOURSEW you will save £150!

Furthermore, the first live masterclass is on the Saturday 14th January and will go through the keys to passing the MCS exam – but don’t worry you also always re watch the masterclass at a later date once you’ve enrolled.

While the second full day master class will commence on February 11th and be a reveision based session on the case study and syllabus content that could come up on exam day.

Likewise, by enrolling on the Feb 2017 SCS course by January 13th and use the discount code SCSFULLCOURSEW you will also save £150!

If you’ve woke up this morning and passed your MCS exam, firstly CONGRATULATIONS! You are now on the final level of CIMA!

Secondly, you should strike while the iron is hot and plan your route through the strategic level objective tests.

There are a host of resources and advice from other students on the CIMA connect site and I would also strongly advise to use the new and improved study planners from CIMA. I wrote an article on the new study planners here.

If you’ve reached the strategic level you probably have a good idea on how to approach the objective tests and what resources you use to pass. However, if you’re looking for advice on how to pass CIMA objective tests, this article I wrote earlier last year will be helpful reading.

Finally, if you’ve passed the SCS exam this morning then a MASSIVE CONGRATULATIONS as your path to becoming CGMA member is almost complete!

The objective tests and case study exams and tests are out of the way, you just need to demonstrate you have completed a minimum of three years practical experience (PER) gained before/during/after your studies.

You can find out more information from CIMA directly.